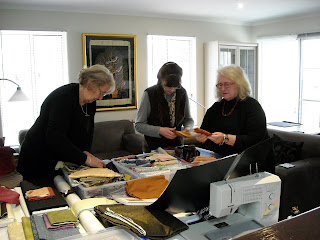 Aren't we blessed with friends in our lives? I have a 1953 copy of "When We Were Young" written by AA Milne. In it are many poems - this is a favourite written in 1940:

Ernest was an elephant, a great big fellow,
Leonard was a lion with a six foot tail,
George was a goat, and his beard was yellow,
And James was a very small snail.

Leonard had a stall, and a great big strong one,
Earnest had a manger, and its walls were thick,
George found a pen, but I think it was the wrong one,
And James sat down on a brick.

Earnest started trumpeting, and cracked his manger,
Leonard started roaring, and shivered his stall,
James gave a huffle of a snail in danger
And nobody heard him at all.

Earnest started trumpeting and raised such a rumpus,
Leonard started roaring and trying to kick,
James went on a journey with the goats new compass
And he reached the end of his brick.

Ernest was an elephant and very well intentioned,
Leonard was a lion with a brave new tail,
George was a goat, as I think I have mentioned,
but James was only a snail.

I have several friends that are making projects for me - I am so grateful for their unconditional support. Here are three of five girls who are working away with minimal instruction. To watch them select fabrics with their own ideas and interpretation is just wonderful. We are all obsessed with William Morris and it brings us together as we share in his amazing designs.
Posted by Michele Hill at Saturday, October 17, 2009

Thankyou for dropping by and sharing in my journey. And thanks especially for your lovely comments….I may not always respond (especially if there is no email address) but please know you are appreciated x

Click on the image to join me in the UK 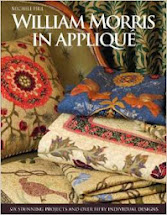 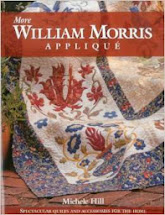